Back to all posts
Home
/
Keto Diet
/
Is Maltitol Keto Friendly? Can You Take Maltitol On Keto?

The question of whether we should take Maltitol on a Ketogenic diet has raised a lot of discussions. Some people argue you should not consume Maltitol when you are on a Keto diet, while others advocate for it. For us to make a rational conclusion, we need to look at this topic in detail.

Maltitol is a sugar alcohol obtained naturally from some fruits and vegetables. It is generally a substitute for sugar used in giving sweetness. Apart from being obtained from plants, sugar alcohol can be manufactured by adding hydrogen to maltose.

Normal sugar is sweeter than some sugar alcohols, but sugar alcohols have lesser calories. Remember, Maltitol is considered a carbohydrate. It's mostly used in toothpaste, candy, medication, baked goods, and other sweet commodities.

Maltitol has no nutritional value. There are no minerals, fiber, or vitamins in Maltitol. In every 100grams of Maltitol, 60 grams is carbs. 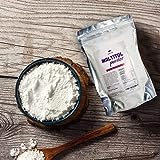 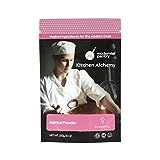 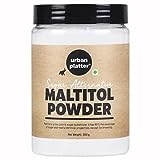 (a) Unlike some sugar alcohols, Maltitol doesn't cause cavity or tooth decay. Eating much sugar is associated with helping in teeth rotting faster, but it's not the case with Maltitol. In fact, it's used in making toothpaste, mouthwash, and gum products.

(b) Maltitol does not have an odd or unpleasant aftertaste that is found in most artificial sweeteners. Like food products and drinks made from sucralose or aspartame usually contain a weird aftertaste.

(c) Another benefit is Maltitol has a lower carb count and calories compared to the normal table sugar. It helps in cutting unnecessary sugar while maintaining the sweetness needed. Side effects of Maltitol

(a) Maltitol is not suitable for people with diabetes because, as we have said, Maltitol is a carbohydrate.

(b) The presence of carbohydrates in Maltitol affects the blood glucose levels in the body therefore, people on the Keto diet or diabetes should be very cautious.

(c) In some cases, it may cause stomach discomfort or even bloating when consumed at high levels. In severe cases, Maltitol can cause diarrhea.

These side effects vary from one individual to another depending on how their bodies react to them. Maltitol effects also depend on the amount consumed, and the period one has been consuming them. What are the alternatives to Maltitol on Keto?

There are several sugar substitutes including aspartame that compete with Maltitol with lower carb. As we already know, the sugar alcohol with the least carb is the most efficient one. The following are some of the alternatives to Maltitol on Keto:

Stevia falls under herbs' family, and it's commonly known as 'sugar leaf' with active compounds that are 200 times sweetener than the normal table sugar. The best thing about this sugar is it contains zero calories. Stevia can withstand high heat temperatures during baking, unlike some artificial sweeteners.

Stevia unlike some sugars like Maltitol it contains a nutritional value. It is rich in zinc, magnesium, fiber, iron, vitamin B-3, and potassium. According to research done, stevia has the potential to cure diabetes, hypertension, and obesity.

Erythritol sugar alcohol contains zero calories and doesn't affect blood glucose levels. It's mainly obtained naturally from vegetables, fruits, and also fermented foods. 90% of Erythritol is absorbed before it reaches the large intestine and then excreted as urine.

It has lesser side effects than other artificial sweeteners, but that doesn't mean it shouldn't be consumed in moderation. I recommend Erythritol for the Keto diet due to its low content in carbs.

Lactitol is derived from lactose. It can be used as a sweetener or for laxative effect, and it's usually 40% as sweet as normal table salt. On the Keto diet, Lactitol should be consumed in moderation due to the presence of calories.

Having looked at Maltitol, now let's look Keto diet in detail for us to determine if they are friendly. What is a Keto diet?

Keto diet is the short form for Ketogenic. It's a type of diet that is used in losing weight and improving health. The Keto diet advocates for a high-fat diet with low carb.

Keto diet aims to reduce carbohydrates in the body and replace them with fat in a Ketosis process. The fats in the body are burnt for the production of energy hence reducing weight. There are different types of Ketogenic diets, namely:

(a)Cyclical Keto diet (CKD). This type of diet involves having a regular sequence with more days for fats than those of carbs. For example, four days of fats followed by two days of carbs.

(b)Standard Ketogenic Diet (SKD). It is the most common where the diet contains high fats, moderate proteins, and low carbs.

(c)High protein Ketogenic diet. It's similar to the standard Ketogenic, but it usually contains more proteins.

(d)Targeted Ketogenic Diet (TKD). This type of diet allows you to add carbs around workouts.

The cyclical and targeted Ketogenic are more advanced and mostly used by bodybuilders or athletes. We are going to focus on the standard Ketogenic diet since it's the most common. (a) Cancer treatment. Keto diet is currently being reviewed as one of the ways to treat cancer because it helps in slowing tumor growth.

(b) Heart disease. The diet helps reduce cholesterol levels in the body, reducing the risk of heart attack that is mostly caused by an inefficient flow of blood.

(c) Brain injuries. According to some research, it argues that the Keto diet can help improve traumatic brain injuries.

Some of the above benefits need more research to be done for them to be conclusive. The following foods are highly recommended in a Ketogenic diet. They include healthy oils, avocados, nuts, cheese, meat, eggs, butter, and cream.

On the other hand we should avoid alcohol, low-fat products, unhealthy fats, fruits (except strawberries), legumes, grains, root vegetables, and tubers. Ketosis is a metabolic state where the body uses fats for the production of energy. Under normal circumstances, carbohydrates are the main producer of energy. Ketosis occurs during Keto diet, where the supply of carbohydrates is reduced, making the body shift to fats as producers of energy.

During the ketosis process, we normally regulate proteins' consumption because they can be converted into glucose when taken at high levels, altering the whole process. We usually undergo some tests to determine if one has entered ketosis by measuring the amount of Ketones produced by the body.

Getting to Ketosis requires planning and some work. It's not as easy as cutting carbs. The following are some of the tips to get to Ketosis easily.

Tips to get into Ketosis easily Side effects for Ketosis

- The low carb symptoms. These symptoms normally occur during the first stages of the process that usually discourages a lot of people. They include fatigue, increased hunger, nausea, poor sleep, headache, and brain fog.

- Bad breath. It is caused by a ketone known as acetone is a byproduct of fat metabolism.

- Leg muscle cramps. Cramps are mostly caused by dehydration. When they occur, it means there is a reduction in water weight; hence we should drink more water.

- Digestion. In some cases, ketosis may lead to digestive problems because of the change in diet. During the initial stages, it mainly causes constipation.

- Increased heart rate. This may occur to some people during the first few weeks of ketosis. It's mainly caused by dehydration and low salt intake.

We shouldn't do the Keto diet for a long period because it brings more negative effects than positive ones in the long term. Some of the long-term risks include kidney stones, low protein levels in the blood, extra fats in the liver, and micronutrient deficiencies. 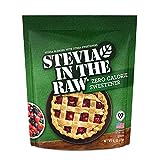 As we have discussed, the Keto diet requires a high intake of fats, moderation in proteins, and low intake of carbs. According to My experience with Maltitol, it is not the best sweetener to use in Keto diet.

Okay, note that Maltitol is far much better than the normal table sugar by far, but there are other better artificial sweeteners. The only problem with Maltitol is the presence of carbs that may negatively affect our objective for the Keto diet.

For me, I would recommend stevia as a sweetener for Keto dieters because it is sweeter than table salt with zero calories, so you can be sure it will not interfere with the Ketosis process. Stevia is also better than Maltitol due to its minimal side effects. Lastly, we can conclude Maltitol is not Keto friendly.

Pin   Adding Aspartame To Your Keto Diet: All You Need To Know Over the past few years, an increasing number of people are turning to the keto diet to reach weight loss goals. More… Why Dry Mouth Happens & How To Solve ItOver the last few years, the keto diet plan has … Keto Chow is one of the low-carb products that is taking the Keto world by storm. It's definitely … 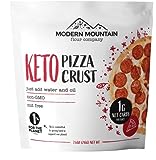 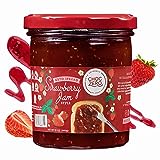 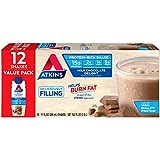 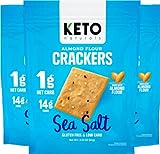 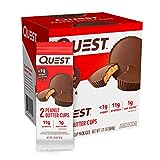 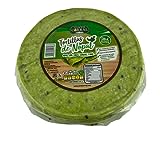 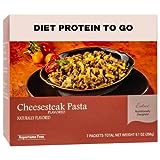